Complaints to the FCC

The FCC does not exist to censor broadcasts. I am very glad that is the case. They do, however, take complaints from consumers and, if they have merit, they investigate and have the power to levy fines or, in theory, revoke broadcast licenses. At present, they are “investigating” complaints about Stephen Colbert jokes about the current president of the United States. I don’t know what merits such an investigation, but I do have a sense of what they don’t care about. FCC chair Ajit Pai had this to say about FCC complaints: 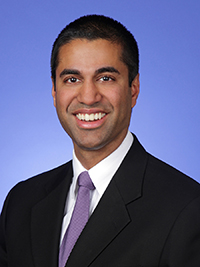 We review all consumer complaints as a matter of standard practice and rely on the law to determine whether action is warranted.

Sorry Ajit, this is entirely untrue. I have firsthand knowledge. I have complained to them twice, about things I have seen on television — things that have disgusted and upset me. In both cases my complaints were dismissed without any appreciable review.

The first involves the most disgusting and graphic thing I’ve ever had the displeasure to witness. I warn you, its repellent. What I saw was this: A putrefied human body in a casket,  knocked off an examination table by a clumsy CSI investigator. The body slid to the ground, causing the skin to slough off, exposing partially liquefied viscera and gore which spread out across the examination room floor.

This was broadcast in the early evening, at dinnertime, a rebroadcast of a CSI episode broadcast originally at 8p.m. — what was once known as family hour. I was told by the FCC there was no complaint to take. This didn’t fall under their guidelines.

“But Janet Jackson’s nipple is?”

“Yes,” he said, without irony.

“Which you you rather see?”

“Thank you for your call.”

My second report concerned something I consider even more repellent than that trough full of viscera and gore: Fox News. But it isn’t what you think. It didn’t involve Bill O’Reilly, or any of their typical day-to-day bias and distortions. This was a moment of pure moral bankruptcy that I still can’t wrap my head around.

About a year after the above incident, I was flipping across the cable dial, on my way to destinations unknown. I stopped at Fox News, despite having learned long ago that nothing good comes from watching Fox News. But I stopped because, across the bottom of the screen the words “Amber Alert” were scrolling.

If you know anything about the Amber Alert system you know that it exists to mobilize the public to aid in locating abducted children. It is managed by the department of justice and they work with the FCC to determine the specifics of how it operates. It’s a warning, and we could debate about the obligation to pay attention when an Amber Alert is flashing across the screen, but for me, I feel I have a moral and civic obligation to pay attention on the very slim chance I’ve seen something that might save an abducted child’s life. I’ll bet there is a good chance you feel the same.

But Fox News wasn’t using the Amber Alert system — they were abusing it. They had their teeth around a story concerning a Democrat and his alleged mistress, named Amber. The “Amber Alert” was their cute graphic cue the viewers. Only it wasn’t cute. In my opinion it was a horrible abuse of the system, calculated to grab viewers, with no consideration of how it might diminish or delude the Amber Alert System — the very worst kind of crying wolf.

I called the FCC. My call went something like this:

“I’m calling to report an abuse of the Amber Alert system.”

“Sir, this is the FCC, if you have information concerning an Amber Alert you should contact law enforcement at once.”

“They are using the Amber Alert graphic for a story about some mistress named Amber.”

“Unfortunately, that wouldn’t fall under our purview.”

“There aren’t any regulations against it. And this line is really for reporting billing scams or obscene content.”

“Yes. Well. I still can’t take your complaint. You could try the Department of Justice.”

And so I did. I was told regulation of alerts was an issue for the FCC.

Now perhaps, in the FCC’s opinion, the two conversations constitute a “review” of my complaints. If so, it was all awfully informal — which is odd given the definition of the word “review”:

A formal assessment or examination of something with the possibility or intention of instituting change if necessary.

It seems pretty clear there was zero possibility of instituting change. I suspect the only reason the complaints about Colbert are getting a “formal assessment” is because of the orange-tinted, narcissistic, bloviating source of the complaint.