On Freedom of Speech and Silence 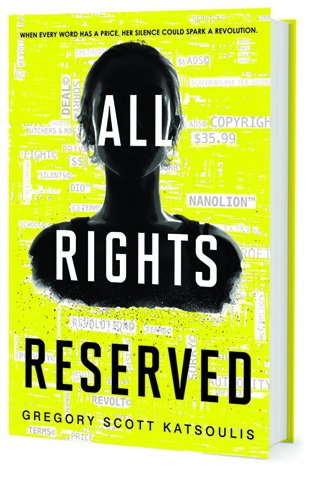 In two weeks, my first novel arrives. It takes place in a future without free speech — where speech literally costs money — where every word has a dollar value and people can only speak as much as they can afford. Rather than pay, the protagonist, Speth, exercises the only power and autonomy left to her and goes silent.

Speth’s silence is an aching, awful choice. The pain of being voiceless is terrible. Let me be clear: her protest is specific to her circumstances. We, in the present, need to speak up, now more than ever and in as many ways as we can. When hate-mongers try to ply their ideas in the name of free speech, we have a moral responsibility to speak up, and speak out against them. The failure to do so is, at best, lazy and selfish. At worst, it is complicit.

This Saturday, a group calling itself “Boston Free Speech” has planned a rally on the Boston Common. They have no permits, $9 in funding and a plan to proceed despite the city’s clear message that they are not wanted.

They want to pretend they are about free speech, but they aren’t. They haven’t invited the EFF or the ACLU to speak. They’ve kept to a very specific pool.

The fact that they have not applied for the permits they need speaks volumes. The freedom to speak isn’t about a right to a platform. What they really want is to cause trouble — to burn with anger before an audience as they spread lies, misinformation and more hate, all while hiding behind the banner of Free Speech. They are big on hiding. No one will step forward as being part of the organization.

If the rally itself happens at all, I expect there will be far more folks protesting than participating. I applaud that, and will likely be among them. But there are other options open to us.  I wonder what would happen if we all stayed away. If attention is the oxygen they seek, what happens if we remove it? It might be more powerful to let these few bigots and hate-mongers arrive to an empty lawn to stew, sputter, and fail, in the silence we leave behind.